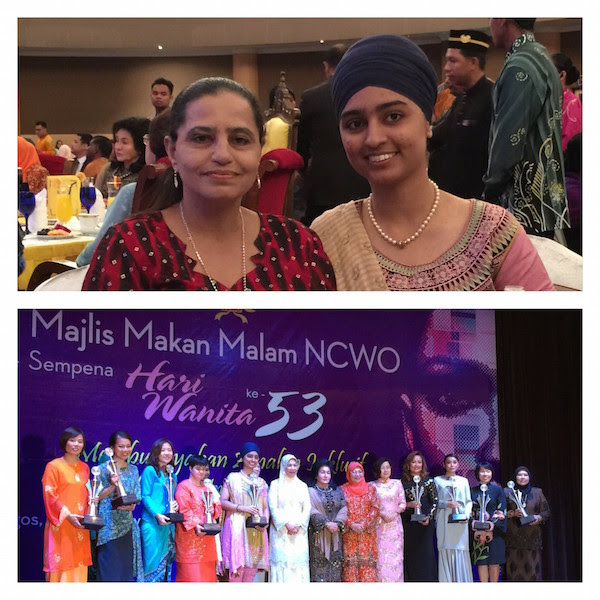 Top: Inderjit with her proud mum. Below: Inderjit and other recipients of the NCWO women’s award in Kuala Lumpur on 24 Aug 2015.

Multi-talented Malaysian student Inderjit Kaur student was yesterday named as the winner of the Young Women Award for excellence in academic presented by the National Council of Women’s Organisations (NCWO).

She was one of the nine recipients of the Anugerah Tokoh Wanita Muda NCWO which recognises outstanding young women, aged 15 – 40 years, who have excelled in their field and received national and international recognition for their achievements.

The 18 year old Inderjit Kaur has many achievements attached to her name. Robot inventor is one of them. She is also keen into research and excels in social communication. In person, she is animated and can hold interesting conversation.

But she has had a tough life. She was only nine months old when her dad left her mum. Inderjit did not succumb to the hardship and challenges. Instead, she decided to make the best of what life had to offer.

“When I was 10, I got inspired after reading a book called The Secret. After that, there was only one thing I knew; I wanted to succeed as much as I wanted to breath. I realised that the only way to help my family was through education. And I must thank my mum for being there for me, for being strong.”

Her aim in life? “I want to be a human of value,” she tells Asia Samachar.

The hard work paid off. In 2013, she got enrolled at the Pusat PERMATApintar Negara, a school for the gifted students run by Universiti Kebangsaan Malaysia (UKM).

Inderjit, who is an active volunteer at Wadda Gurdwara Sahib Kampung Pandan, Kuala Lumpur, is known as the ‘smart girl girl who invented a robot’.

Indeed, she did. Inderjit led a team in several successful robotics competitions, including winning the gold medal in the International Symposium on Robotics and Intelligent Sensors 2012. Her team’s Nanny Robot was designed to monitor a baby’s status using sound and temperature sensors, which would activate functions such as rocking the baby in a swing, or contacting parents based on the child’s cries. She had also won bronze at the World Robot Olympiad.

She was also into martial art, having secured a Yellow Belt – 8th Kup at the World Taekwando Federation.

At the height of the Kelantan floods in January 2015, Inderjit joined as a volunteer with the humanitarian relief agency United Sikhs. 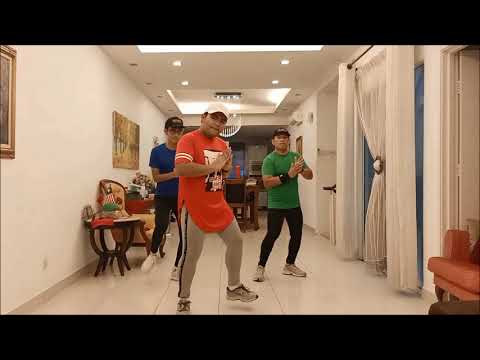